Ironic Justice: How much Truth Does Novel Unveil


December 2012 -  Written by Susan Claridge (S.R.Claridge) as a political cult suspense, House of Lies has been stirring up controversy, particularly in the mid-western region.  Though the book was released in early October, the story follows real events in a too-close-for-comfort fashion, particularly with the recent murder of International House of Prayer (IHOP) intern, Bethany Deaton.  Claridge insists the book is fiction but readers suspect there is more truth to the story.  See full story Fox 4 News.

House of Lies portrays a woman who attempts to save her sister from a cult group located in Kansas City, Missouri and discovers the cult “stretches far beyond its pseudo-evangelical, House of Prayer veil, penetrating the upper echelon of the United States government and pushing a lethal, international agenda.”  (Quote taken from back of book.)


Claridge states she researched five cult groups in order to write the book and admits that one of them was the International House of Prayer located in Grandview, Missouri.


But the similarities don’t stop there.


Many Grandview residents and ex-IHOP members confirm that the book accurately describes what takes place behind the armed guarded doors of IHOP-KC.  (See NYT article on armed guards.)


“The look like zombies roaming our city,” said one Grandview woman who asked to remain anonymous, adding, “Most local businesses won’t hire them anymore.”


Another resident said, “There is no light in their eyes, most of them look like walking corpses.” 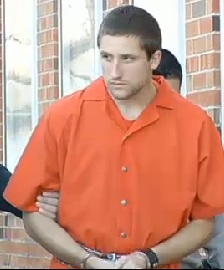 A friend from Texas who knew Micah Moore (the IHOP member who confessed to killing Bethany Deaton, upon the order of her husband, Tyler Deaton) said this about Moore:


“We were never the best of friends, but I would describe him as being intelligent, soft-spoken and kind. I am only beginning to learn about IHOP and what kind of a community they are creating and promoting. However, I have to say that even though there is some evidence that Deaton's group began in Georgetown, TX while the members were students at SU there appears to me to have been a dramatic change in Micah since he moved to Kansas City to join IHOP. The pictures that have come out in the past week show that the light is gone from his eyes. Bethany Deaton is not the only victim in this horrible tragedy, merely the first to come to be revealed.”


Numerous blogs have detailed evidence of corruption inside the IHOP group, but it took a murder to finally make the media take notice.


Bethany Deaton’s death was said to be a suicide, then a murder, then back to a suicide.  In the novel, cult members are told the woman committed suicide and the cover up is inside the Kansas City Police Department.  The book paints the picture that cult leader, Maxwell Sagan, is so powerful that individuals will do anything he says…even kill.


One ex-IHOP member said, “People will do anything Bickle says.”


Is it possible that the book holds even more truth and that Grandview Police will also do anything Bickle says?


Does Bickle have the resources to pay them off?  It certainly appears that way.  Between what he charges students to attend the university, what he charges interns, camp-goers, conference attendees, the fact that seventy-five percent of the IHOP-KC bookstore is filled with books written by Bickle, (all self-published books so all monies go to him) it would stand to reason he has the financial means.


In addition, his wife, Diane Bickle, owns Gladheart Realty, which (just like in the book) shares the same lot as IHOP-KC and is responsible for providing all of the apartment buildings, hotels and housing for members.  A deeper look into this financial structure would prove interesting.


How deep does this corruption go?  According to ‘House of Lies’ it dates all the way back to the foundation of the cult group. Is that true of IHOP?


On a blog post by Claridge, who has made her opinion of IHOP known, the author stated:


“IHOP is a cult, but don’t take my word for it; study it for yourself, starting at the very beginning.  My advice is to research the Kansas City Prophets (namely Paul Cain, Bob Jones and their relationship to Mike Bickle), read all versions of the Blueprint Prophesy and all 233 pages of the Ernie Gruen Report.  Look at Bickle’s involvement in the Toronto Blessing, Vineyard Ministries and read/listen to/watch his sermons on his ‘open visions’ and two visitations to heaven.  What you will find is that every prophecy was been proven false and that Scripture has been twisted to form a foundation of deception.”  (Author Blog)


IHOP has been accused of having a spirit of elitism, one to which Bickle admitted by saying, “We had an elite spirit. That’s become more and more real to me- it’s so repulsive.”
But nothing has been done to rectify the problem.


In fact, according to several family members of those involved in IHOP-KC, the elitist spirit has gotten worse.  “We can’t even talk to our son anymore because he acts as if we don’t ‘get it,’ like we don’t understand God because we aren’t a part of this end-times army.”  (Mother of an IHOP member who asked to remain anonymous for fear of destroying her relationship with her son.)


This elitism and families separated from their children is apparent in House of Lies, as it is in the reality created by IHOP.


One mother wrote:  “I haven’t spoken to my son in over a year because he was told to stay away from us, his family, and he said he was given a prophetic word that IHOP was his family now.  He won’t return my calls.”


Bethany Deaton was estranged from her family, drugged, raped and murdered.  Was she the first?  Was she the only? 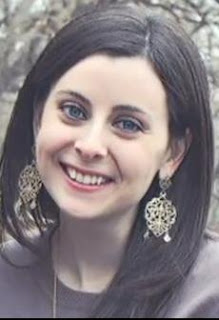 According to John Colwell, she wasn’t the first and she will not be the last. “I spent four years in and around this community exposing their practices on my web site www.hisapostle.org This cult has a history of rapes and other felonies all being covered up by their leaders. The most perverse leaders in the body of Christ are IHOP leaders. I guarantee you eventually all will be exposed and you will find that this episode (Bethany Deaton’s death) was just typical of the practices taught and exemplified by many of their leaders.”


How much truth does a fictional book unveil?


If Bickle can take the truth of God’s Word and turn it into lies, why can’t God take fiction and use it to expose the truth about IHOP, a cult group that is destroying lives?


Some are calling it "ironic justice. "